In this latest episode of Neighbourhood Photographer, Ray Scott explains what depth of field is and different ways to use it in order to make your photography more creative. DOF can sometimes be difficult to comprehend especially since many people try to explain it with intricate mathematical equations. Ray describes it as simply as possible using “real world” examples. No rulers and slide rules here, just up front ideas on what it is and how to use it to better your photographic endeavours. Whether shooting outdoors or indoors, landscapes or macro, depth of field is a really important aspect of photography to understand.

Getting off the auto setting on your camera and using either aperture priority…AV…or manual mode will allow all photographers to take advantage of depth of field manipulation.

When in studio or in the field Ray uses Canon gear. This is a choice he made years ago knowing that he was buying into a system that he could grow into. His go to camera is the Canon EOS 6D with the second camera being a Canon 5D. Lenses used are all L series f/4 except for the 50mm macro with extender. 16-35mm f/4L, 24-105mm f/4L, and 70-200mm f/4L round out the kit which is carried about with either a Lowepro Urban Reporter 250 messenger bag for city shooting or a Lowepro Sling Bag for landscape field work. While Ray does more camera handholding than before due to the image stabilization capabilities of his various lenses, he still is a believer in using his Manfrotto carbon fibre tripod. It’s light and it is sturdy.

Ray is a firm believer in exposing himself to as much photography and its history as possible. By looking at other people’s photos, he has gained a big appreciation of what this medium has to offer. Ray doesn’t think that “copying” someone else’s style is a good thing but rather feels that exposing oneself to others work can work as a teaching and inspirational tool. With this in mind, Ray has amassed a list of favorite photographers that he uses for inspiration. Some of these artistic photographers are Galen Rowell, Ansel Adams, Frans Lanting, Annie Leibovitz, Henri Cartier-Bresson, Robert Capa, Freeman Patterson, William Neill and Richard Avedon.

One of the playlists on this channel is called “neighbourhood photographer” which covers tutorials shot in urban and suburban areas. It’s always a challenge to see different things of interest when you’ve been to an area many times yet this is the best way to create good images. You need to return to familiar locations many times. To do so, Ray often drives by car to an area but when he really wants to cover ground yet see things more clearly, he uses his bicycle…bike…and explores the given place.

Whether shooting landscape, macro, portrait or abstract images, Ray always tries to be aware of his surroundings to capture the best pictures possible. Part of this workflow means he is very aware of composition and uses various tips, such as the rule of thirds, as a good starting point in composing. He also likes to break rules from time to time to add new effects to his photos. Being aware of angles, shadows, shapes, lines, textures, patterns and colours goes a long way to making good pictures. He is also a big believer in “getting out there” and shooting as much as possible as it is the only way to improve and flex one’s imagination. His message is it doesn’t matter if you do your photography in the city, suburbs country, mountains or by the sea, just make sure you do it and follow your artistic passion. 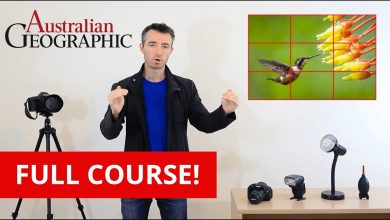 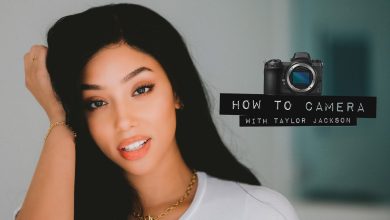 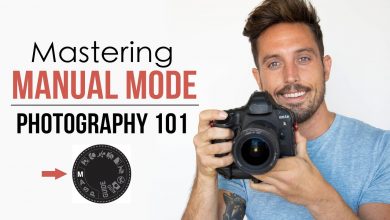 How To Shoot in MANUAL Mode! Photography 101 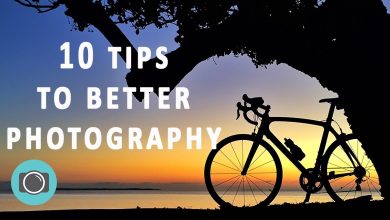 10 Tips for Better Photos – photography tutorials and tips for beginners.

Vlogging with the DJI Osmo Action – A Reviewtorial + Filter Giveaway